Laser-cut embellishment set gives your CreateNCraft Dice Tower the look of a steampunk machine made of gears!

Laser-cut embellishment set gives your CreateNCraft Dice Tower the look of a steampunk machine made of gears!

Note: Picture of finished steampunk dice towers are to show how this embellishment set could be used. Set does NOT include paint, glue, or brushes. Dice tower kit sold separately. 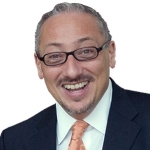 Joe’s work has appeared in Scrap & Stamp Arts, Just Cards, Just Steampunk! and Somerset Studio Gallery magazines. He’s been a guest on Crafting at the Spotted Canary with Joy Macdonell and Scrapbook Soup TV. Look for him on the new TV show, Make It Artsy, airing on PBS and Create TV in September 2016.

He’s served on the Viva Las Vegastamps!, Want2Scrap, USArtQuest and Proxxon design teams. He launched has his own line of chipboard albums and embellishments with Want2Scrap in the summer of 2012.

There are no reviews yet.